Honeydukes is one of the candy stores in the Harry Potter series. We decided to have a candy store instead of a pinata and all the chaos that comes with it. HOWEVER, with almost 40 kids waiting to “buy” their treats the chaos showed up anyway… LOL! I am still posting these photos, I know it’s been a couple of weeks since the party… okay three weeks. I have been so busy! I promise I won’t leave anything out and after this I will have wedding posts to compete so stay tuned! At the end of this post there is a list of other Harry Potter Posts of rooms and projects created for this party. 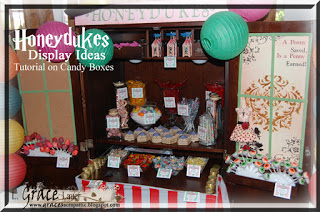 The Honeydukes sign letters were cut out of green cardstock on the cricut, glued on with Helmar Acid Free Glue and then highlighted with a pearl puff paint. The background was pink Cardstock with pink distressing. The green Moldings for the windows were pieces of Green cardstock that the letters were cut out of for the sign. I glued them in longer lengths and used Scotch removable double sided tape to adhere it to the cabinet. 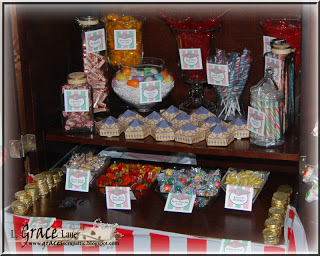 We had so much candy, 24 different types, we could not display it all in the cabinet so we added an extra display. 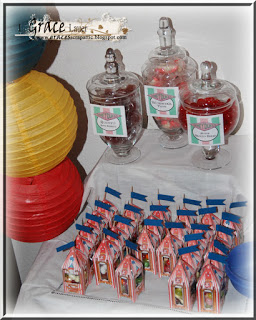 Mad Eye Moody Pops were added to the menu to represent this character at our party. These were found at Oriental Trading Company. 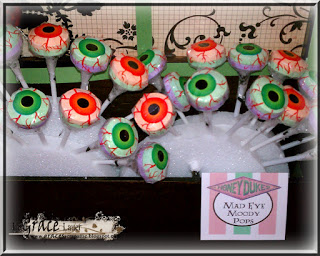 Acid Pops were egg shaped Tootsie Pops on clearance from Easter. We dipped them in honey and rolled them in Pop Rocks! This was a great way for my little ones to help with the projects. The idea was found at the Pastry Affair blog. 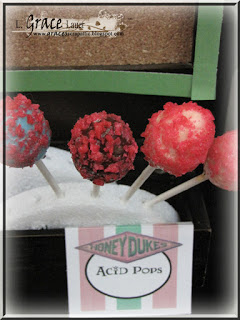 Ice Mice were also available (direct from the books) these beauties I randomly found at the $1 store in the end of April! Needless to say they added a great discussion piece to the display but we had a ton of them left over. LOL! 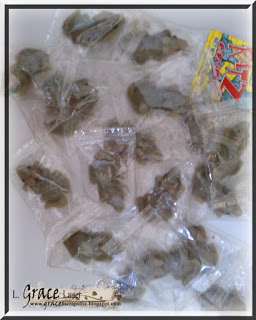 No Melt Ice Cream posed the biggest challenge (mentioned in the movies) then at the $1 store I stumbled across summer ice cream bubble containers… I knew then!!! This was perfect for it. 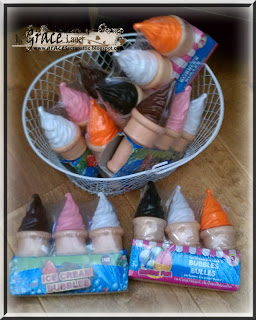 Making chocolate frogs I found the mold on Amazon. 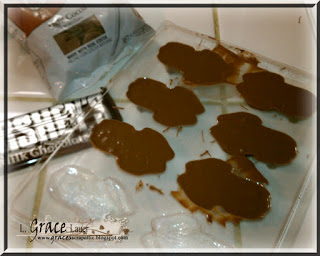 I hand cut 50 Bertie & Botts every flavor beans boxes with an exacto knife . I used Helmar  Acid Free glue to adhere these shut. Quick and easy… well at least the gluing part was. I used Helmar 450 Quick Dry to adhere the flags together and glue the tops of the boxes closed. 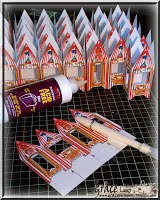 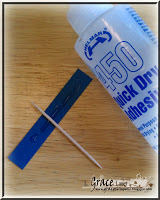 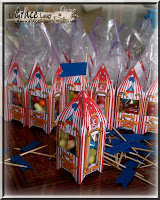 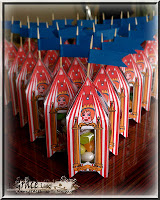 I hope you enjoyed this tutorial and idea post for a Harry Potter Hogwarts Party. I hope you received some inspiration. Have a wonderful day.

PS – For more posts about this party please see the links below: